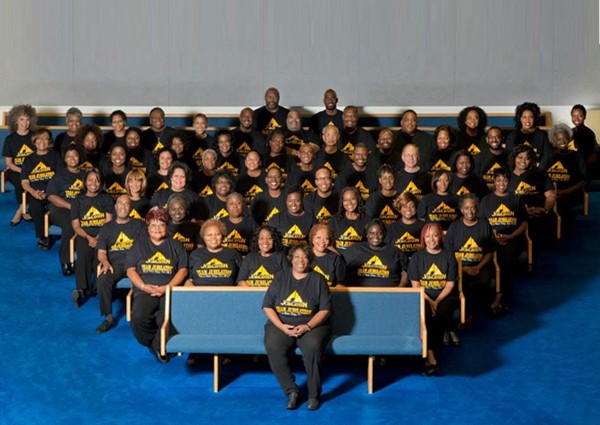 The group of people that make up the powerhouse choir, Jubilation, are a force in the industry. Established in 1998 through the New Jersey Performing Arts Center (NJPAC), the choir made its debut at the NJPAC’s second-annual Martin Luther King, Jr. Celebration featuring the legendary gospel minister and singer, Shirley Caesar. That performance set the tone for what would become more than a decade of excellence and a dedication to praise and worship.

Under the leadership and tutelage of Rev. Dr. Stefanie Minatee, Jubilation has released six albums, earned a Grammy award, and holds the distinction as the last choir to perform with music giant Ray Charles.

The group is just getting started. It’s history, however, is one filled with a richness and diversity that can only be described as divine.

Four years after its formation, the choir launched a traveling choir, Voices of Jubilation, which ministered domestically and internationally. In fact, it’s first tour was held in Japan. The group also released an album, aptly titled Spirit, and sang at the U.S. Tennis Open with Queen Latifah.

That same year, Jubilation was highlighted as the choir on the Ray Charles Celebrates a Gospel Christmas album. On this project, Jubilation combined its great vocal talents with Charles’ in a historic – Charles had never performed traditional holiday music – musical showcase that was recorded live. The show includes such favorites as “The Christmas Song,” “Little Drummer Boy,” “Have Yourself a Merry Little Christmas,” “Silent Night,” “The First Noel,” and many more favorites.

The project was released both as a DVD and CD in 2002. In 2004, the choir toured with Ray Charles in Japan. It was during this time that the choir became an entity independent of the New Jersey Performing Arts Center.

In 2005, Jubilation released its freshman project as an independent act. The Launch Out Project was released locally that year and nationally in 2008 under Habbakuk Records. The choir went on to release Just Like Sunday Mornin’! in 2011. Songs such as “The Blood,” “No Fear,” and “Lord, You’re Worthy” were fan favorites.